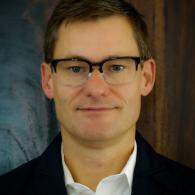 Rob is co-founder of Victor-Strategies and President of Miller Companies, managing a diverse portfolio of operations, investment, and technology companies in the regulated gaming industry.